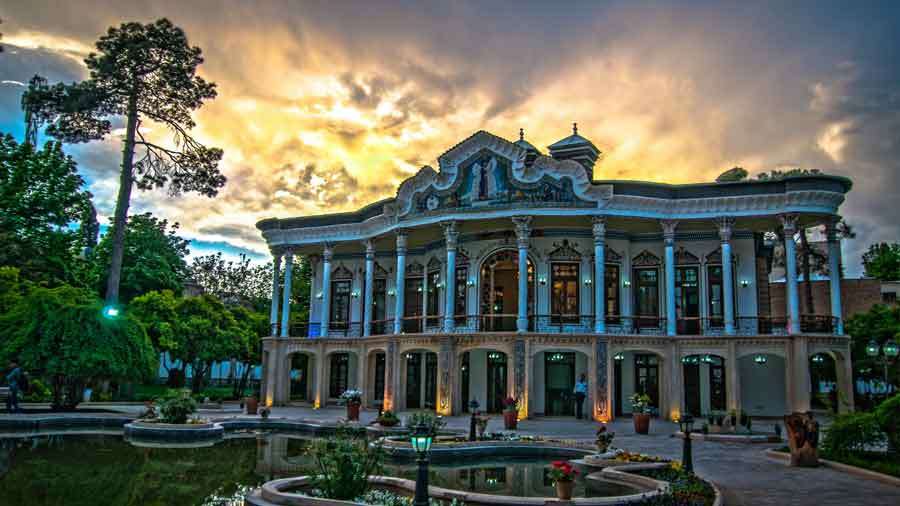 Capital of the Fars province and situated in the heart of Iran, this region gave its name to the Fars or Persian language. A city of historic monuments, poets, philosophers, and kings, beautifully scented roses, orchids, orange trees and vines. Shiraz is a must on any visit to Iran.

The best periods for tourist visits are from February to May and October to November. Shiraz is a very well visited city among Iranians, for several reasons, the weather which is mild almost year round, many historic attractions it has and being the third religious city due to the tomb of Shahcheragh. The gardens of Shiraz are favored by many specially the Eram Garden, Zand st. attractions and of course Persepolis are all must see sites in Shiraz. This city is also the birthplace and resting place of the great Persian poets Hafez and Sa’di. There are two remarkable monuments in Shiraz. One is dedicated to Hafez, the master of Persian lyrical poetry. The other one is dedicated to Sa’di , the author of the famous Golestan , and a book of sonnets called the Garden of Roses.

Pasargad: The first capital of the Archaemenians, situated 130 km North-west of Shiraz, where there is the tomb of Cyrus the great, constructed on a stone plinth. This ancient burial site is said to hold the body of Cyrus the Great, founder of the Persian empire, noted human rights (comparatively) pioneer, and posthumous occupant of one of the world's first earthquake resistant buildings.

The Palace of Persepolis: The palace of Persepolis, built over a period of 100 years, where Darius 1 received foreign dignitaries to celebrate the New Year. Persepolis is situated 60 km from Shiraz; it is the best-known archaeological site in Iran. Persepolis was once the richest city on earth - the glittering capital of the Achaemenid Empire. At the heart of the city lay the royal palace - a wonder of gold and silver, ivory, and precious stones. From there, Xerxes planned his war against Greece - and the treasure of a vast empire piled up in the store-rooms.

The Zandieh Complex: Karim Khan Arg which is located in the center of Shiraz City, Zand St. Zand St. is among the oldest streets of Shiraz and now it has still kept its traditional and old environment. The most and best hotels of Shiraz are located in this street and the nearby streets and it makes the tourists to have the walking tour to Zandiyeh Complex and also the other highlights. This building is built in Zandiyeh Dynasty when Shiraz was chosen as the capital of Iran by Karim Khan who was a sincere king and is famous for his loyalty to the people.

Eram Garden: Eram Garden (Bagh-e Eram) is one of the most famous and beautiful Persian gardens in all of Iran. It should be noted that the word 'Eram' is the Persian version of the Arabic word 'Iram' which means heaven in Islam's holiest of books, the Qur'an. With its beautiful grounds, lush plant life and aesthetic attractions, it's easy to see why Eram evokes such a description.

Old Jami‘Mosque:  This contains a unique structure in its courtyard with outstanding brick calligraphy on turquoise background dating back to 14th century.
Hafez Mausoleum: Hafez tomb is the closest to the town Center. Built in 1953 in a garden, the mausoleum is a small open pavilion; inside which is a marble tombstone with several of the poet’s verses. You can also enjoy a cup of tea or rose water at the tea house. Hafez means whom has memorized by heart, it is believed that Hafez could read the Quran by heart, bring his close to God.  He has one verse master piece, Divan Hafez, which we believe can fortune tell. Be sure to try it.

Saadi Mausoleum: Set in a pleasant garden, the present tomb was built in 1952 and replaces an earlier much simpler construction. Unlike Hafez, Sa’di traveled extensively in Iraq and Syria, where he was even taken prisoner by the Crusaders. Upon his return to Shiraz, Sa’di wrote his most famous works, the Bustan (The Orchard) and the Golestan (The Rose Garden), which moral tales are written either in verse or in a mixture of prose and verse.

The tombs of Naqshe – Rostam: Here is the final resting place of the Archaemenian kings. Naqsh-e Rustam is an ancient necropolis located about 12 km northwest of Persepolis, in Fars with the best group of ancient rock reliefs in Iran cut into the cliff, from both the Achaemenid and Sassanid periods. It lies a few hundred meters from Naqsh-e Rajab, with a further group of Sassanid reliefs.

Quran Gate: a monumental gateway to Shiraz to bless travelers before they embark on a journey