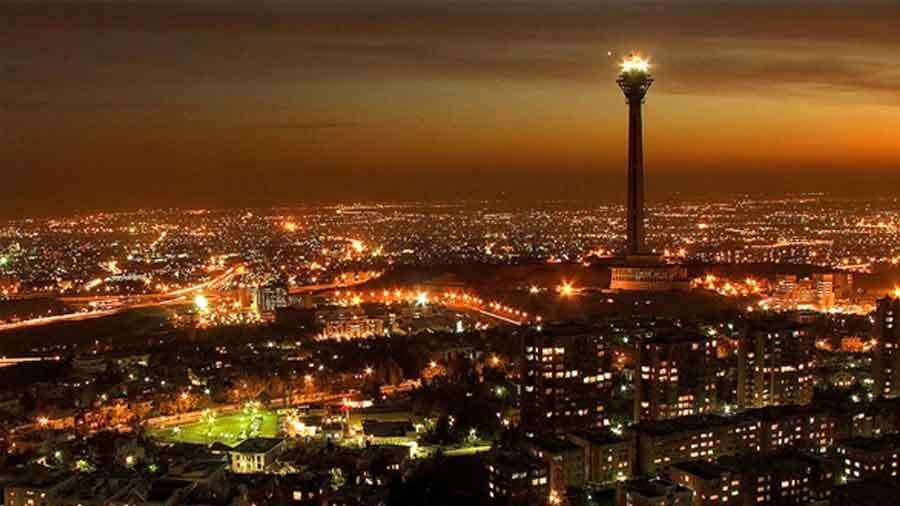 Tehran is a young capital for such an ancient country. In the Middles ages, it was just a small settlement by comparison with the then historic capital and University City of Rey. Tehran only came to prominence for the first time in 1759 as a result of its strategic situation, and has only been the capital of Iran since 1795. Modern Tehran is currently in conflict with its recent history and a huge modernization project.
Despite being a creation of early twentieth century, the present-day Tehran is becoming an established highlight on the foreign tourist’s itinerary because of its vestiges of antiquity dating mainly from the Qajar period. For some, its attractions are shops, well stocked with every modern product, as well as local handicrafts, and the museums with their spectacular exhibits on display. Furthermore, its status as a Capital City and commercial center brings many businessmen and diplomats every year. As a result, most of the country’s hotels, both large and small, as well as tourist facilities have grown up in Tehran.

Glass and Ceramic Museum: not only impressive for the exhibits, but also for the building itself which is an outstanding example of 19th century Persian architecture.
Reza Abassi Museum: Named after one of the great artists of the Safavid period (1502-1722), the museum contains works of different Persian miniaturist painters, from 17th century to the present day, as well as a special selection of calligraphy from ancient Qurans.
Carpet Museum of Iran: Not far from the Museum of Contemporary Art and also adjacent to Laleh Park, the Carpet Museum of Iran is one of the most rewarding of Tehran’s museums. Most of the carpets on display are from the 19th or 20th centuries; and photography is permitted though use of a flash is not.
Golestan Palace: The Golestan Palace (the Rose Garden palace) was the Qajar’s royal residence and stands as a monument to the excesses of the Qajar shahs. The palace includes several buildings that are open to the public. You can wander around the gardens and admire the painted tile work. The garden has a pavilion that shelters one of the best organized museums in Tehran. It showcases everything that makes up the basic originality of Iranian life in the various provinces of the country.

National Jewelry Museum: This is one of the best known museums in Iran. It displays an impressive collection of some of the most famous and spectacular jewels in the world including many priceless pieces. The majority of the items on display were given to Safavid kings as gifts but many pieces were taken by Nader Shah on his conquest of India. These include the Darya-e Nur diamond, the Peacock Throne and the Jeweled Globe, other pieces include the crowns of the Qajar and Pahlavi Kings.
Niavaran Palace Complex: The Niavaran Palace Complex consists of several buildings and a museum. The Sahebqraniyeh (Kings Special Office) contains a collection of art, the Shah’s golden phone, and royal pistols. The Palace of the Qajar dynasty is also inside this complex. This palace was the primary residence of the last Shah, Mohammad Reza Pahlavi. The Jahan-Nama Museum (Queens Private Museum) has more art plus archeological finds from Iran, Egypt and even Mexico.
Saad Abad Palace: The Sadabad Palace is built by the Pahlavi dynasty of Iran. The complex was first inhabited by Qajar monarchs and royal family in the 19th century. After an expansion of the compounds, Reza Shah lived there in the 1920s. After the Iranian Revolution, the complex became a museum. However, the current presidential palace is located adjacent to the Sa’d Abad compound. Sad Abad has 18 palaces, which 7 palaces had changed to museums.
Tehran’s Bazaar: Tehran’s history as the capital dates back to the Ghajar time. Besides museums, palaces and mosques which are the mirror of a nation’s history, this bazaar of Tehran has its own fair share of the nation’s history. Tehran’s bustling and crowded bazaar covers a huge area. There are also mosques, guesthouses, banks and even a fire station within the sprawling area in south Tehran which is covered by the bazaar district. The main business in Tehran’s grand bazaar takes place around noon (10-12) and between 5-7 pm in the evening. Visitors are encouraged to bargain over prices.

Read 7383 times Last modified on Wednesday, 03 February 2016 06:36
Published in Places To Go
Tagged under
More in this category: Tabriz »