Review
Persian art and architecture reflects a 5000-year-old cultural tradition shaped by the diverse cultures that have flourished on the vast Iranian plateau. Throughout its development, Persian artistic achievement has normally been imperial in nature, with impressive majestic monuments or associated with royal patronage in book illustration. Countless painters, weavers, potters, calligraphers, metalworkers, stone masons etc. have produced some of the most beautiful works ever created, and contributed to the Persian artistic heritage that is known throughout the world.

The Persian Rug
In the words of Arthur Pope: "All around the world, Iranian carpets are the symbol of poetical luxury". The Persian Carpet (Rug) is an essential part of Persian art and culture. Carpet-weaving is undoubtedly one of the most distinguished manifestations of Persian culture and art, and dates back to the Ancient Persia (c.500 BC). The art of carpet weaving in Iran has its roots in the culture and customs of its people and their instinctive feelings. Weavers mix elegant patterns with a myriad of colors. The Iranian carpet is similar to the Persian garden: full of florae, birds, and beasts.

The colors are usually made from wild flowers, and are rich in colors such as burgundy, navy blue, and accents of ivory. The proto-fabric is often washed in tea to soften the texture, giving it a unique quality. Depending on where the rug is made, patterns and designs vary. And some rugs, such as Gabbeh, and Gelim have a variations in their textures and number of knots as well.

Painting and Miniature
Painting in Iran is thought to have reached a climax during the Tamerlane era when outstanding masters such as Kamaleddin Behzad gave birth to a new style of painting. Paintings of the Qajar period, are a combination of European influences and Safavid miniature schools of painting such as those introduced by Reza Abbasi. Masters such as Kamal-ol-molk, further pushed forward the European influence in Iran. It was during the Qajar era when "Coffee House painting" emerged. Subjects of this style were often religious in nature depicting scenes from Shia epics and the like. The themes of Persian miniature are mostly related to the Persian mythology and poetry.

Pottery and Ceramics
Iranian Pottery production presents a continuous history from the beginning of the Iranian history until the present day. Of the thousands of archeological sites and historic ruins of Iran, almost every single one can be found to have been filled, at some point, with earthenware of exceptional quality. Thousands of unique vessels alone were found in Sialk and Jiroft sites. The occupation of the potter ("kuzeh gar") has a special place in Persian literature.

Architecture
The architecture of Iran is one with an exceedingly ancient tradition and heritage. The main building types of classical Iranian architecture are the mosque and the palace. The architecture makes use of abundant symbolic geometry, using pure forms such as the circle and square. Plans are based on often symmetrical layouts featuring rectangular courtyards and halls. The post-Islamic architecture of Iran draws ideas from its pre-Islamic predecessor, and has geometrical and
repetitive forms, as well as surfaces that are richly decorated with glazed tiles, carved stucco, patterned brickwork, floral motifs, and calligraphy.

Calligraphy
Such was the creativity spent on the art of writing. The significance of the art of calligraphy in works of pottery, metallic vessels, and historic buildings is such that they are deemed lacking without the adorning decorative calligraphy. It is believed to be one of the most eye catching and fascinating manifestations of Persian culture.
Illuminations, and especially the Holy Quran and works such as the Shahnameh, Divan Hafez, Golestan, Bostan et al are recognized as highly invaluable because of their delicate calligraphy alone. Vast quantities of these are scattered and preserved in museums and private collections worldwide, such as the Hermitage Museum of St. Petersburg and Washington's Freer Gallery of Art among many others.

Tilework
The Tilework is a unique feature of the blue mosques of Isfahan. In the old days, Kashan (kash + an which literally means "land of tiles") and Tabriz were the two famous centers of Iranian mosaic and tile industry.
Metalworks (Qalam-zani)
Metalwork has been used for millennia. It may be utilized for ornamental, domestic or practical purposes. In ancient times primarily copper and bronze were used. The royalty and very rich used gold and silver. Most common modern items are tea sets, bowls, trays, vases, and jewelry.

Khatam-kari
This craft consists in the production of incrustation patterns (generally star shaped), with thin sticks of wood (ebony, teak, ziziphus, orange, rose), brass (for golden parts), camel bones (white parts). Ivory, gold or silver can also be used for collection objects. Many objects can be so decorated, such as: boxes, chessboards, cadres, pipes, desks or some musical instruments. Katham can be used on Persian miniature, realizing true work of art. Coming from techniques imported from China and improved by Persian know-how, this craft existed for more than 700 years and is still perennial in Isfahan and Shiraz.

Cinema
The cinema of Iran is a flourishing film industry with a long history. Many popular commercial films are made in Iran, and Iranian art films have won many international film awards, and festivals of Iranian films are held annually around the globe. Along with China, Iran has been lauded as one of the best exporters of cinema in the 1990s.

Music
The music of Iran has thousands of years of history dating back to the Neolithic age as attested by the archeological evidence chiefly in Elam, one of the earliest world civilizations in the south western Iran. During the course of Iran's recorded history, a unique distinctive music developed accompanied by numerous musical instruments, several of which came to be the first prototypes
of some modern musical instruments of today. Moreover, Iranians traditionally performed Tazeeieh, which in many respects resembles the European Opera.

Literature
Persian literature is by far the most stalwart expression of the Iranian genius. While there are interesting works in prose, it is poetry where the Iranian literature shines at its most. Flourishing over a period of more than a millennium, it was esteemed and imitated well beyond the confines of the Iranian homeland. The literature of Turkey and India developed under its influence. Persian poets such as Sa'di, Hafiz, Rumi and Omar Khayyam are well known in the world and have influenced the literature of many countries. 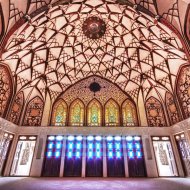 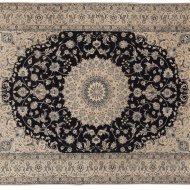 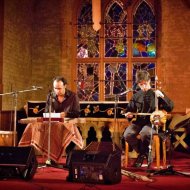 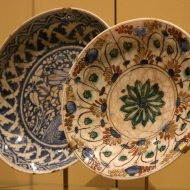